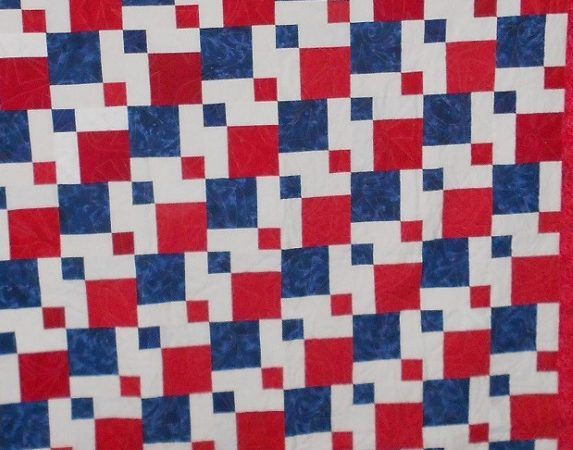 Last weekend, I decided to make a variety of disappearing quilt blocks. It was so much fun, because I wasn’t sure how they would turn out. I have only tried this technique once before. The results were a big surprise!

The idea behind “disappearing” quilt blocks is to start with a simple block, then chop it up and rearrange the parts. Creating the new block is where the magic happens!

Many of us have heard about the Disappearing Nine Patch. Start with a nine patch block, made with three colors. For best results, use a different color for the center block than what is used in the corners. Then, slice the block in half along both horizontal and vertical axes. Here is an example of a red, white and blue version of the Disappearing Nine Patch that I made years ago for Quilts of Valor. 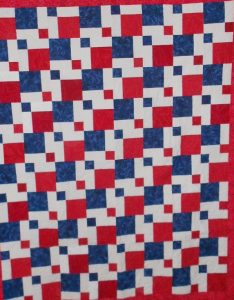 What about 4 Patch blocks?

You have to plan the slicing a little bit differently when you cut up a four patch block. With an even number of sections in the block, you can’t cut on the halfway points. So, plan to cut an inch or so on both sides of the center seam. 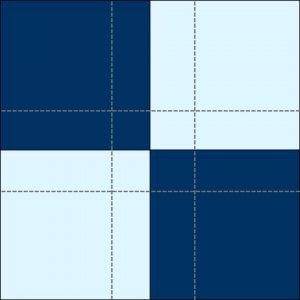 Then rotate the small sections so that the colors alternate.

The final results of a disappearing four patch give you a woven look as you mix up the sections. 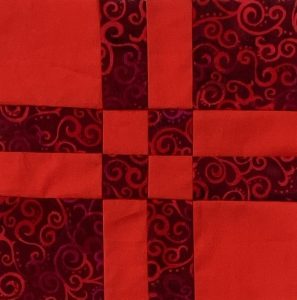 I also tried making a Churn Dash and a Pinwheel block disappear.  Which do you like best? 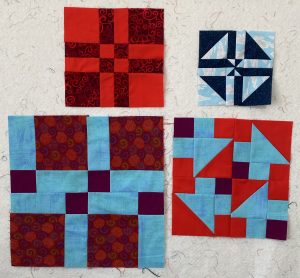 I had some difficulty matching seams with the Churn Dash block. You can watch all my efforts on this replay of my Saturday Sew-n-Chat:

I definitely want to play with more of these disappearing quilt blocks, especially the pinwheels.

Put Your Foot Down Linky Party #159

Now it is your turn to share. Hopefully your sewing efforts are making those UFO’s disappear! 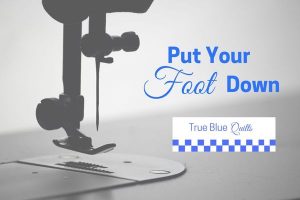 Add a link to a recent blog post and let us be inspired by your beautiful work: